These species build their nests in underground holes, attics, and walls of homes. They can also build nests in rodent burrows, tree cavities or ground holes. When a nest is disturbed yellowjackets can inflict multiple stings that are painful and may be life threatening to individuals hypersensitive to the venom. Unlike honeybees, yellowjackets do not leave a stinger imbedded in the sting site therefore they can sting numerous times. Stinging and injured yellowjackets release a chemical alarm pheromone that attracts other worker yellowjackets. This can cause additional yellowjackets to attack.

In the late summer months when yellowjacket populations increase they can create a nuisance in parks by scavenging for food from picnic and barbeque areas. They can cause structural damage to a home when they construct nests in walls or attics. Adults of some species are beneficial to man because they prey on flies and other insects.

Yellowjackets use vegetable fibers from trees and shrubs, chewed and mixed with saliva, to produce a paper-like material for nest construction. Inside the nest is a series of suspended combs that contain cells where young are reared. The combs are enclosed inside one or more layers of a paper envelope. The surface of the envelope is gray with tan and yellow stripes and has a scalloped texture.

Approximately 90% of the foraging done by the workers occurs within 400 yards of the nest. Nests are normally located along fence lines, paths or ditches. One of the best ways to locate a yellowjacket nest is to go out very early in the morning and look for flight activity above the nest site. When leaving the nest for the first time the workers will conduct an “orientation flight”. During this flight the workers use their eyesight to learn the location of the nest and the landmarks around it.

Yellowjackets live up to 30 days depending on their workload and the time of season. Adult yellowjackets feed mostly on items rich in starches and sugars, while the immature stages need the protein rich foods (insects, fish, bits of meat) brought back by the workers. They carry this food back to the nest where they prepare it for their young by tearing it into pieces and chewing it. The workers gain nutrition from this process by feeding on the juices and the honeydew excreted by the their young.

Overwintering queens start yellowjacket nests. The queen digs an opening or enlarges an existing hole such as a rodent burrow or a ground hole and constructs a new nest. The queen will lay a few dozen eggs and nurture them until they mature. After the first dozen workers mature the queen will specialize in egg production while the colony expands. The workers will care for the larvae and pupae (immature wasps) and will feed and care for the queen. During the summer months the workers will reach their peak population. These wasps are scavengers and will feed on various insects, fruits, meats, sweets, flies, and caterpillars. Yellowjackets will chew wood fiber, such as wood fencing, into a pulp to build their nest. The colony usually reaches its peak in late summer. At the end of the summer new males and queens are produced and mate for overwintering. The males and worker yellowjackets die off and the fertilized queen seeks a place to hibernate through winter. In the spring the cycle begins again. 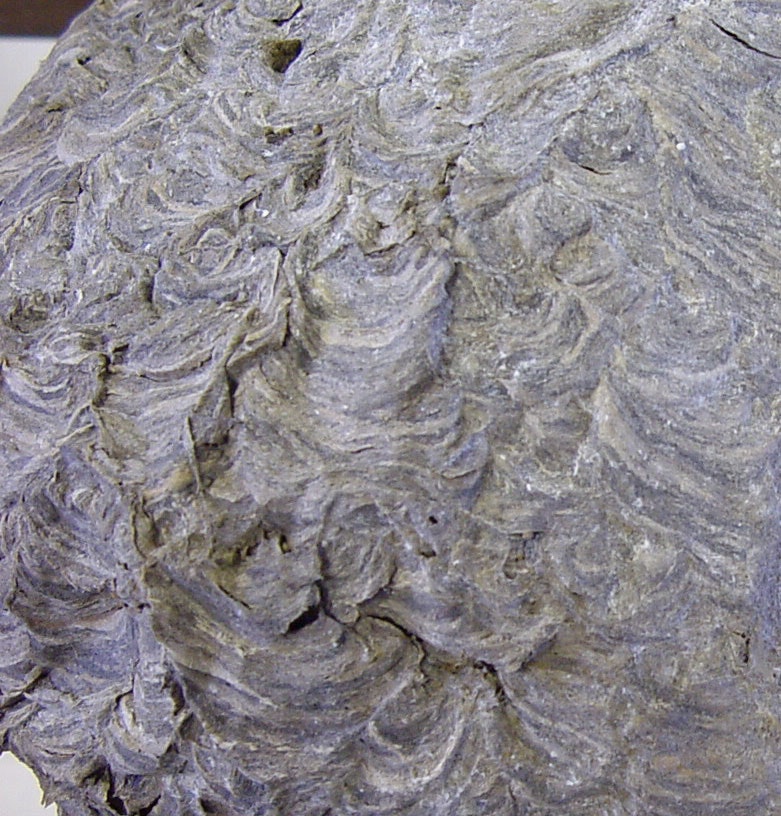 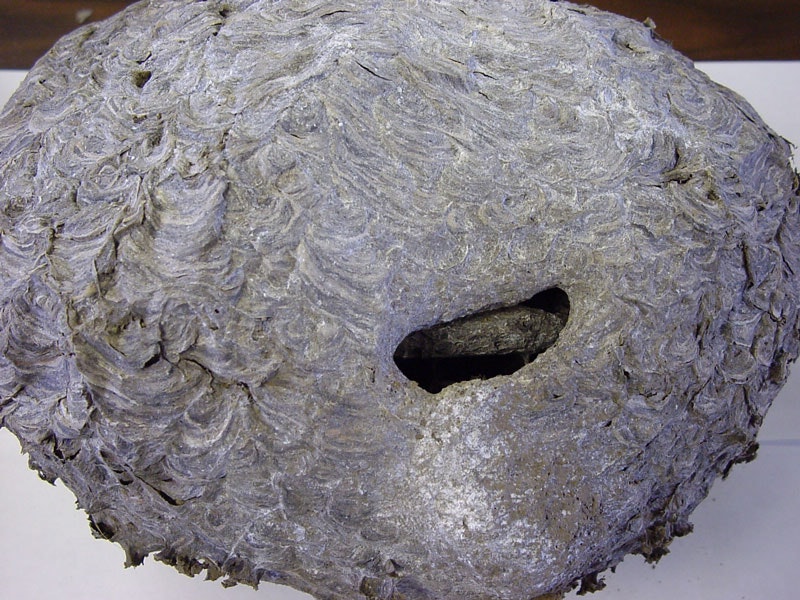 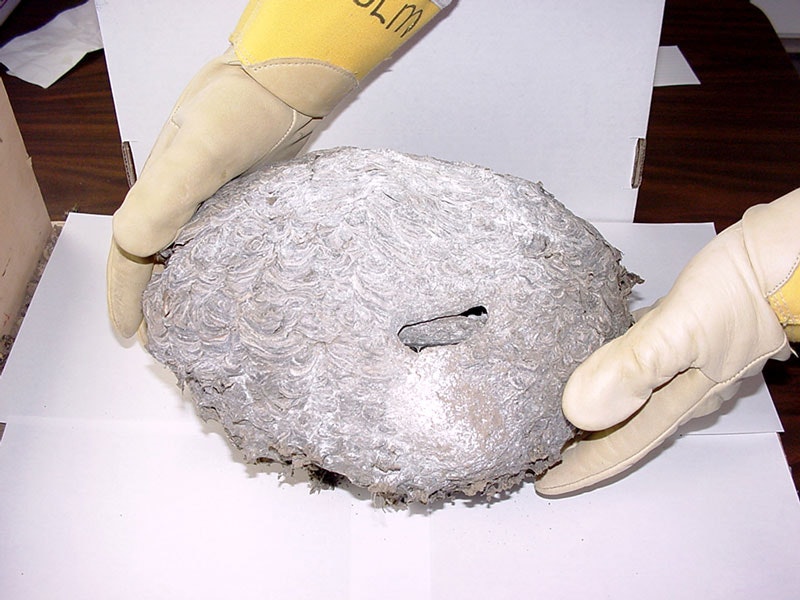