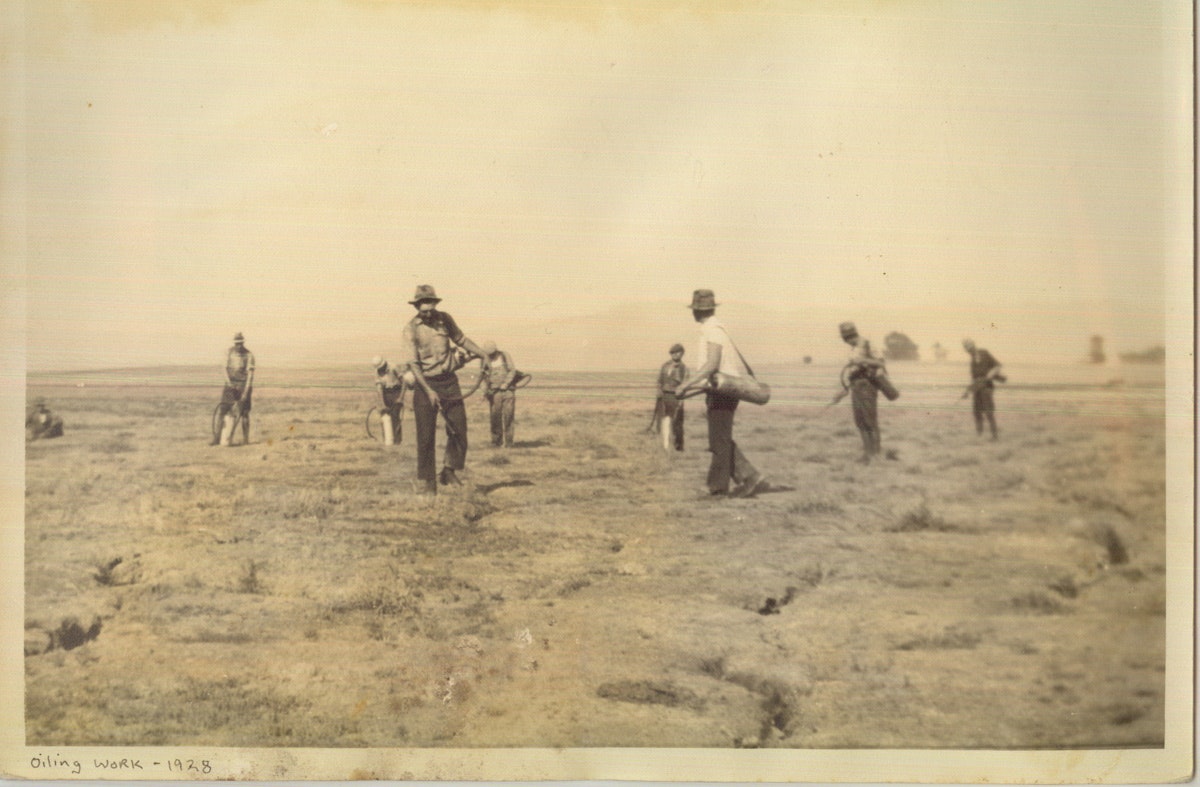 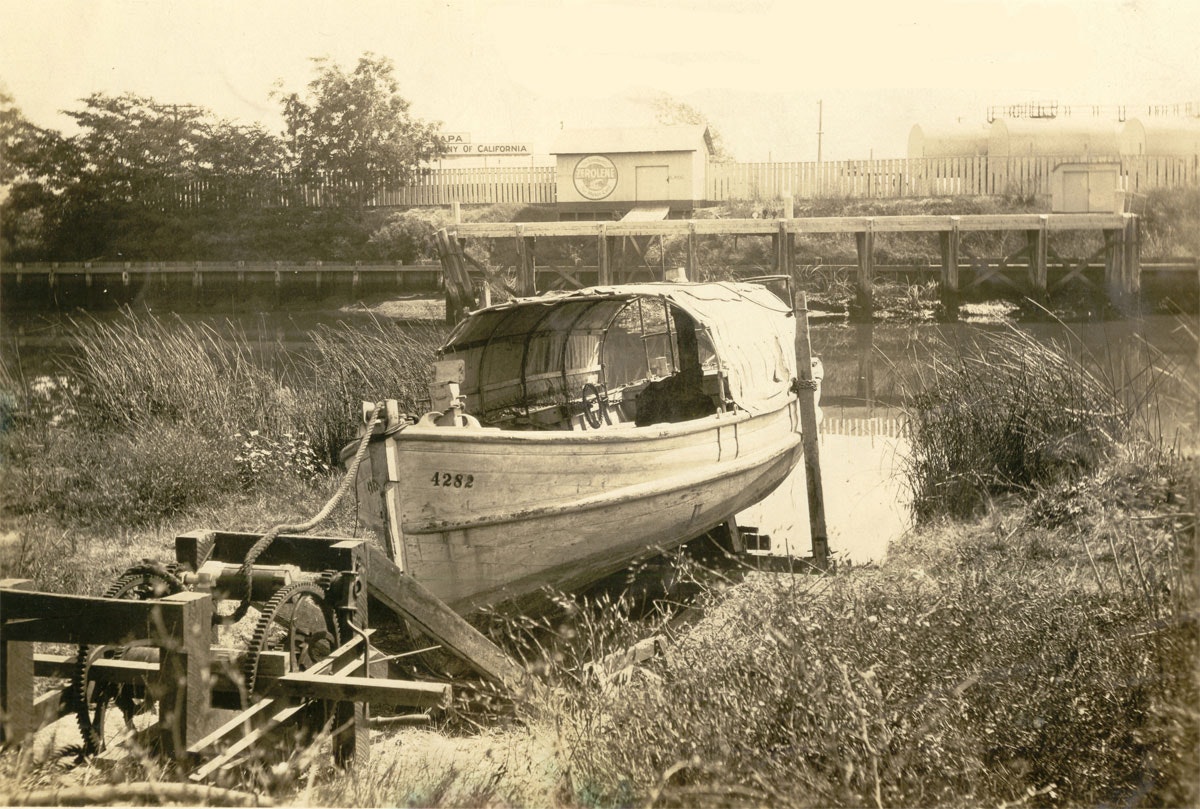 District boat, September 20, 1928, purchased from the Navy for $75.00 in 1926 and modified by Mare Island Naval Shipyard. This boat was used to transport materials and personnel to mosquito breeding marsh sites that could only be accessed by boat. 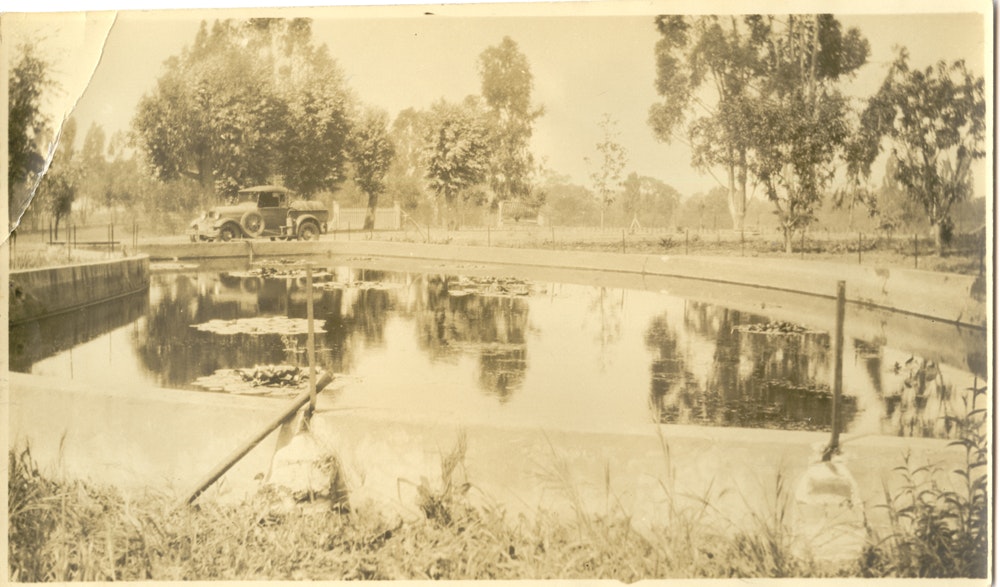 Calistoga water treatment ponds circa 1932. Note the Districts 1928 Model A Ford. Mosquitofish were experimentally used at this site to control severe mosquito breeding with moderate success. 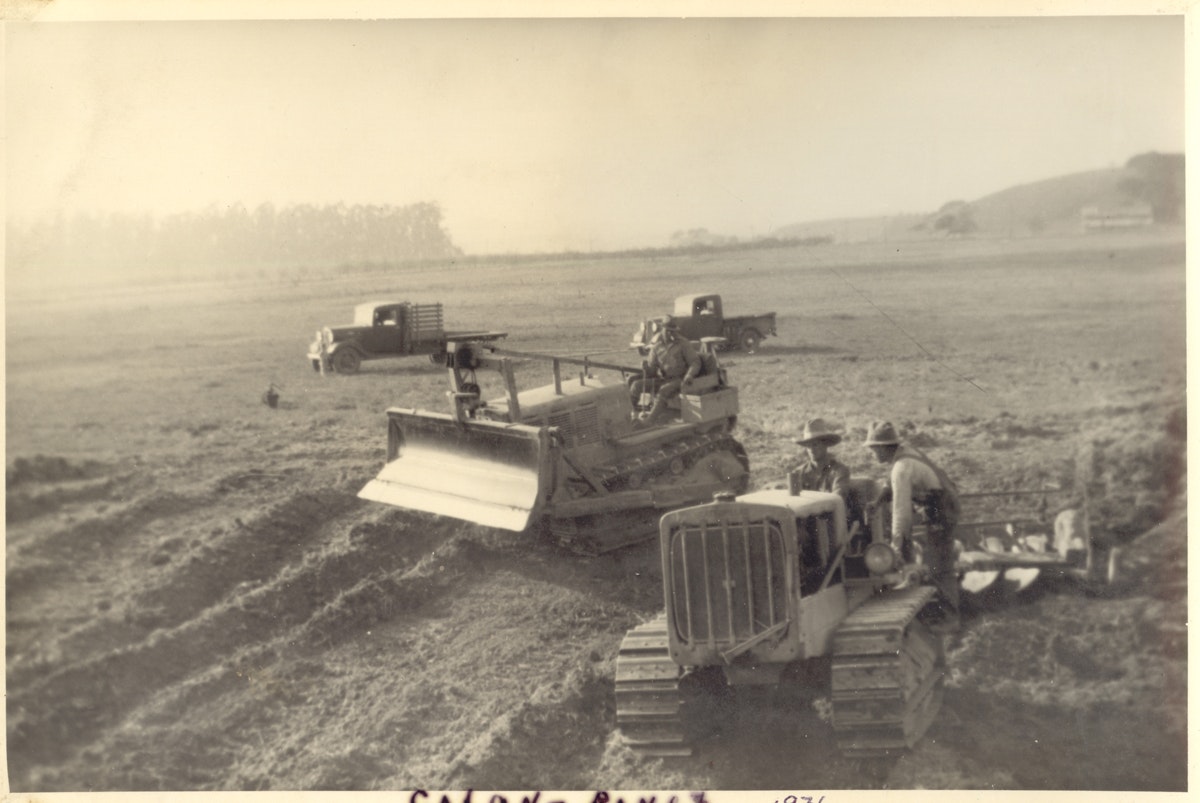 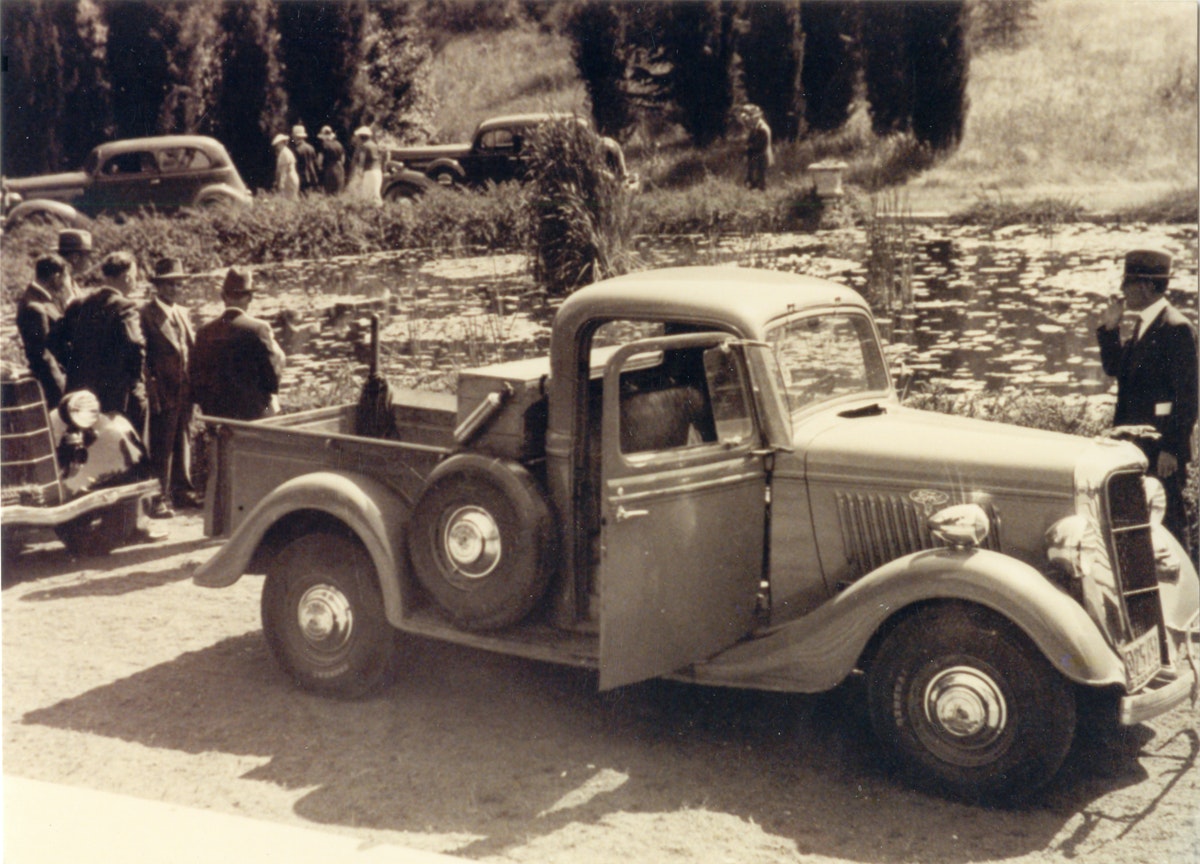 Duke Estate, near Oakville, circa 1936. Demonstration of successful mosquito fish rearing to the meeting of statewide mosquito control officials, which met in Napa, May 9, 1936. The next statewide meeting of officials in Napa County occurred January 21, 2001. 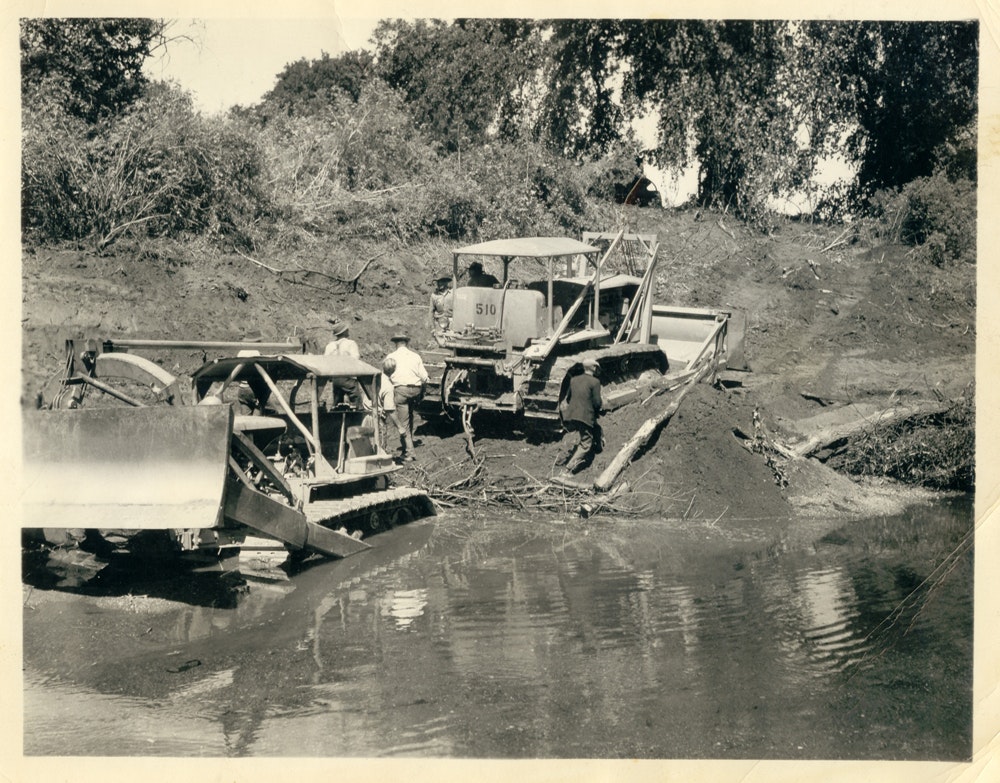 Bell Slough, Duffy Ranch near Yountville, circa 1943. Clearing of dense brush and downed trees that was preventing good water flow to the Napa River and causing severe mosquito breeding. Both malaria and encephalitis carrying mosquitoes were found here.

From December 1933 to December 1936 the Napa County Mosquito Abatement District (Napa MAD) was involved in numerous water management and reclamation projects that received both federal and state funding. The Civil Works Administration (C.W.A.), the State Emergency Relief Administration (S.E.R.A.) and the Federal Works Progress Administration (W.P.A.), were programs that provided funds and oversaw proposed projects throughout the state. Napa MAD submitted numerous projects to address levee erosion, drainage and flooding. The majority of the work was in the south county marsh areas, with more than 13,000 cubic yards of excavation, 20,000 feet of hand ditching, numerous culverts and tide gates, and hundreds of acres of discing having been completed. S.E.R.A. funding was severely curtailed during December 1936, as well as in future years, resulting in Napa MAD and the local citizenry trying to find other means to complete both those projects in progress and future proposed projects.

The Calistoga Federal Pest Mosquito Control Project was started February 9, 1934 with funds provided by the Federal Government. Notification of available funding was released during December of 1933 with the stipulation that proposals and work had to be completed within the next three months. Unfortunately, all projects and funding were cancelled before March of 1934 resulting in only part of the Calistoga project having been completed. Napa MAD shortly thereafter prepared documents for resubmission of the proposed work under the State Emergency Relief Administration (S.E.R.A.). The work was never completed due to two work releases that had not been signed by a Mr. Carlenzoli and a Mr. E. Rockstroh. This project was later resubmitted as part of a countywide general project during September of 1936. Unfortunately, S.E.R.A. funds were severely cut during December of 1936, leaving the project unfunded and incomplete.